This summer I traveled to Halifax, Nova Scotia. Let’s just say, many wrong turns were had… The trip did not go as planned, but there was hiking and there was ice cream so it was good.

A friend and colleague of mine arrived in Halifax on the same flight. She came with her family and our accommodations weren’t too far apart so we decided to cab-share. Several things went wrong that night:

I was determined to have a great trip! I woke up early the next day and headed over to Pleasant Point and the Halifax waterfront. If you go to Halifax and you don’t check these out, you are missing out. I walked through downtown to the Citadel. I didn’t go inside because that isn’t really my thing, but even from the outside this place is really cool and you definitely get your steps in. 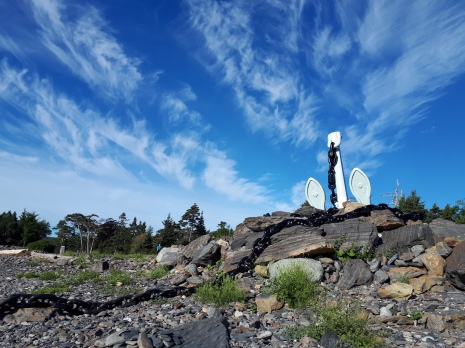 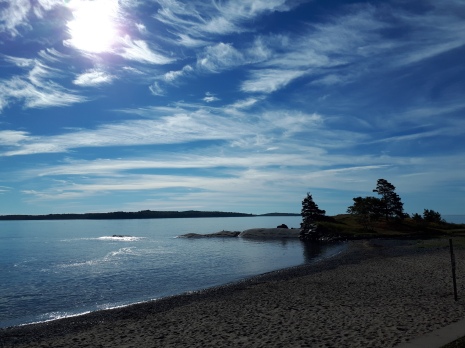 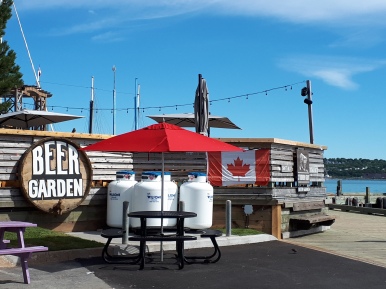 I met up with my friend and her family and we went to an Alexander Keith’s Brewery tour. This is a must see, especially if you like beer, but even if you don’t like beer. There’s history, singing, music, and soo many beer samples!! The samples included two beers that were not available in liquor stores and they were delicious! 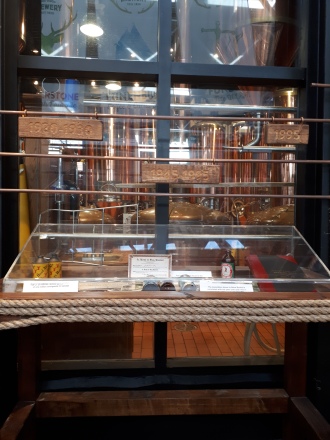 The next day, we rented a car and drove to Peggy’s Cove and Lunenburg. 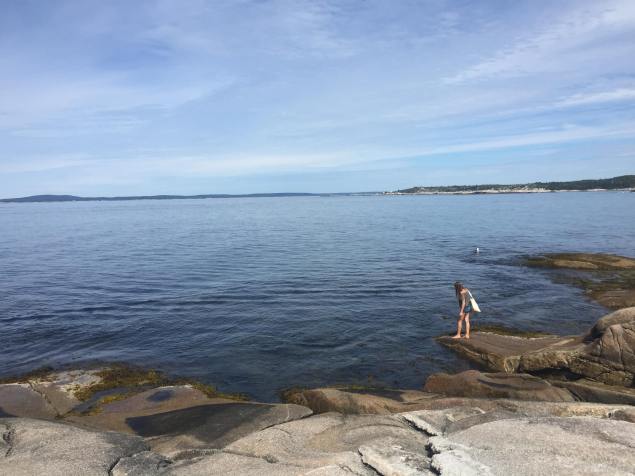 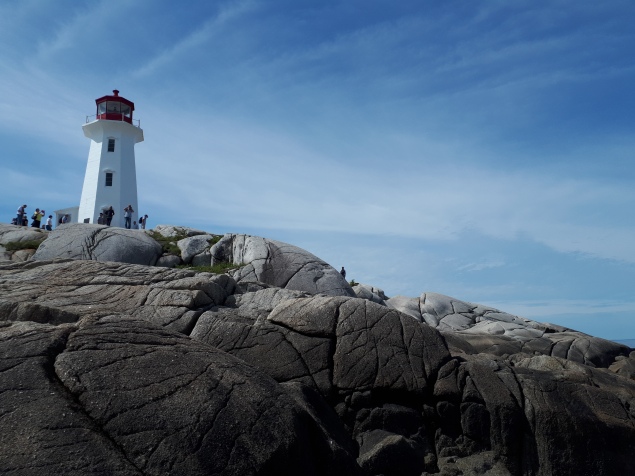 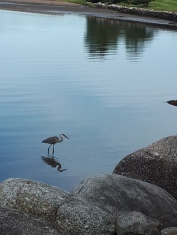 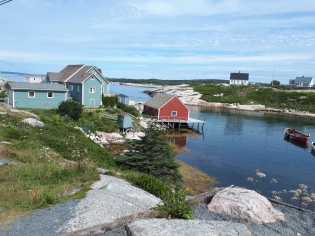 The conference banquet was held at Pier 21, the museum of immigration. This venue was a lot more fun than I had thought it would be. 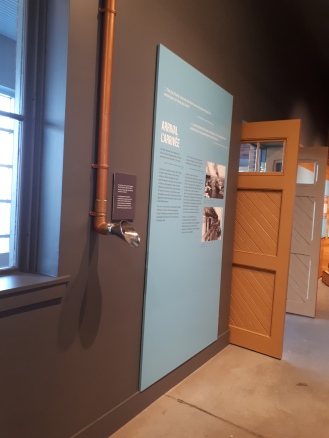 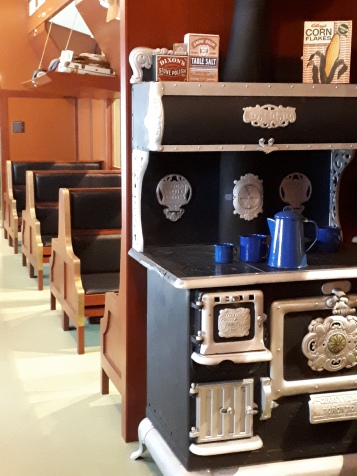 Right by the conference venue and the Halifax Waterfront, was the Seaport Market. This was definitely one of the cooler parts of the trip. There were venues selling fresh food and vegetables, baked goods, and hand crafted jewelry. I bought some organic catnip for Kev’s cat baby here and she is absolutely obsessed with it. There is also live music throughout the building and outside the building.
I scream, you scream, we all scream for ice cream!

Right, I know Halifax is not known for Ice cream. But before I went I found a blog post titled the best places to eat ice cream. A colleague and I have a tradition to eat “all of the cake” when we are at conferences. I thought, “this will do”. I ordered ice cream from almost every that it was offered on this trip and made my own ranking (will post soon! 🙂 ).

I got some hiking in at Long Lake Provincial Park and a spooky place called Deadman’s Island. I stumbled upon Deadman’s Island when I was wandering around one day. Apparently, the small area is a burial ground for hundreds of war prisoners, you wouldn’t know it as the waters surrounding it are swarming with gorgeous sailboats and modern buildings. 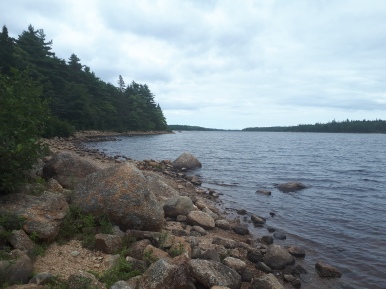 There are free tours available at the Government House. This is the house that the Lieutenant Governor of Nova Scotia occupies. When we were there the Lieutenant Governor came out and talked to us and welcomed us to Nova Scotia. He was so down to Earth that I had no idea who I was talking to until my friend told me afterward. (I didn’t tell any bad jokes, thankfully). 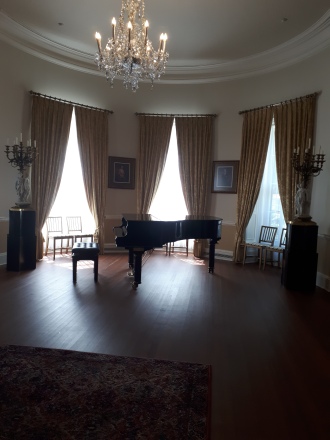 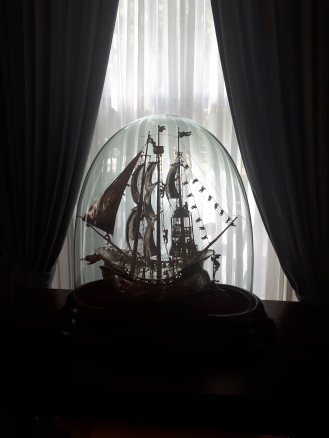 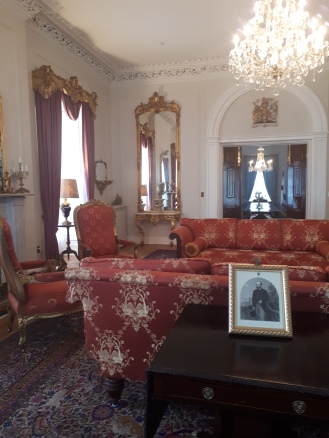 If you are looking for a very peaceful place to walk then you should check out the public garden.

(I didn’t take very many pictures here, you are just going to have to see for yourself or take my word for it)

Some other pretty cool places were: the Wired Monk, where I found a nice quiet place to work in their downstairs dining area, a little shop called the Black Market which had a lot of really cool stuff, and a pizza place called Pizza Corner which had some of the largest slices I have ever seen (or I was just very hungry from walking around all week).

If, somehow, you run out of things to do, you can always turn yourself into art! (Hint: there is an easy way and a hard way to get in these things. I chose the hard way both times…)

Overall, I thought Halifax was gorgeous. Everyone was really pleasant, and there was a lot of history, art, and charm throughout the city. 10/10 would go back.

P.S. When I was going through airport security in Hamilton, Ontario, I accidentally handed security a picture of a goose(?) instead of a picture of my boarding pass. She did not think it was as funny as I did.